Although the COVID-19 pandemic has put many normal aspects of life on hold, a new survey conducted by SkiDriven.com has revealed a strong willingness to travel during 2020.

According to the survey of 746 U.S.-based respondents, 72% still plan on traveling in 2020, and 91% are more likely to travel domestically than internationally. The latter finding reflects not only travelers’ preferences, but necessity, given the current bans on American visitors in the European Union and worldwide due to the ongoing surge of coronavirus cases in the U.S.

Of those who prefer to travel domestically, 59% stated that they would not have travelled internationally even in the absence of the COVID-19 crisis. Meanwhile, 64% said COVID-19 has impacted their financial ability to travel in the near future. 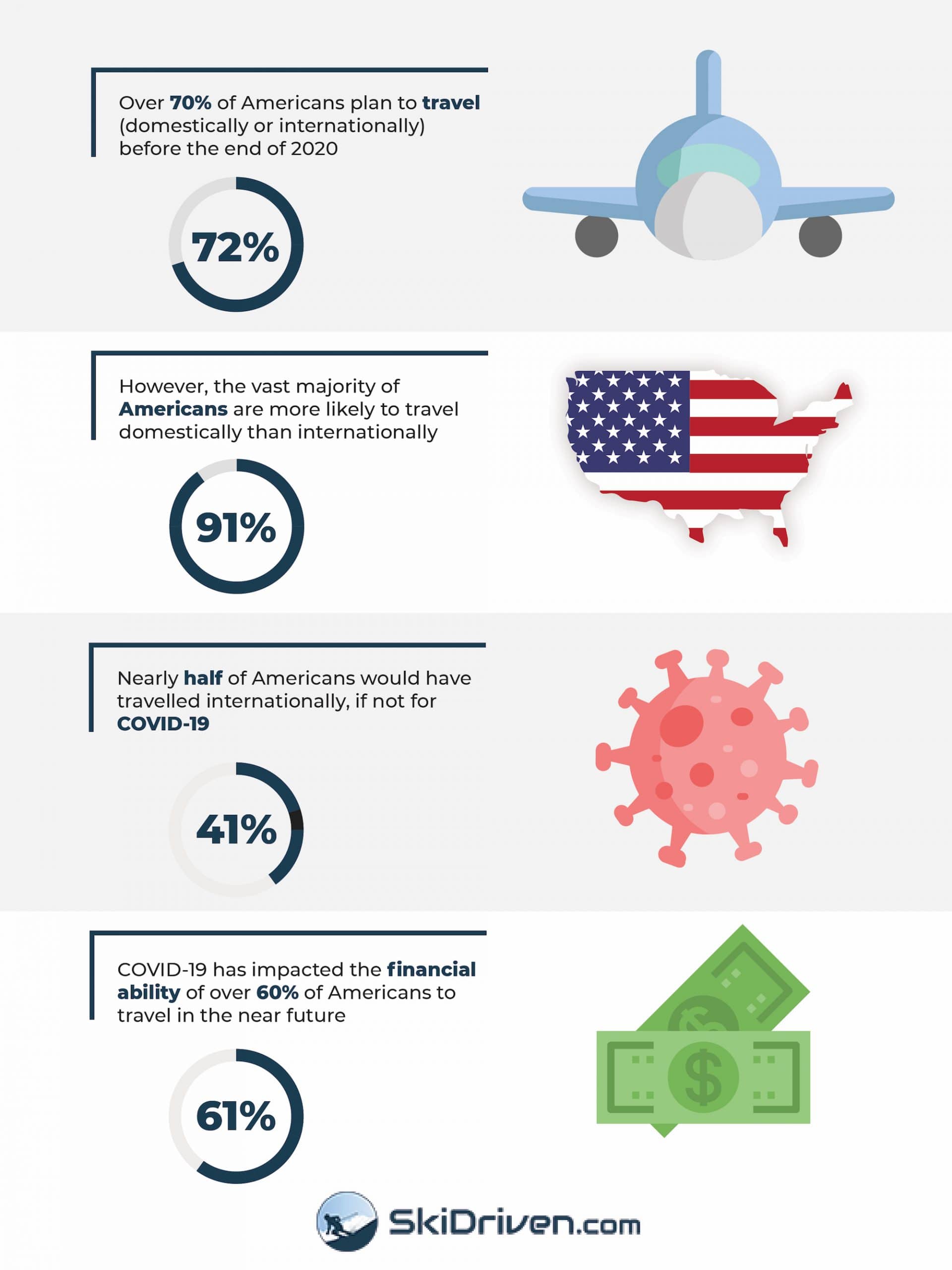 What kind of trip?

SkiDriven.com’s data on domestic travel aligns with separate research published in June which found that 46 million Americans plan to take a recreational vehicle (RV) trip in the next 12 months, up from 25 million in 2019.

At the same time, SkiDriven.com’s respondents identified road trips as the most popular holiday option for this winter, exceeded by their interest in skiing, beach/resort and camping trips. The rest of the top 10 holiday preferences including golfing, yoga retreats, backpacking, city breaks, cruises and fishing. 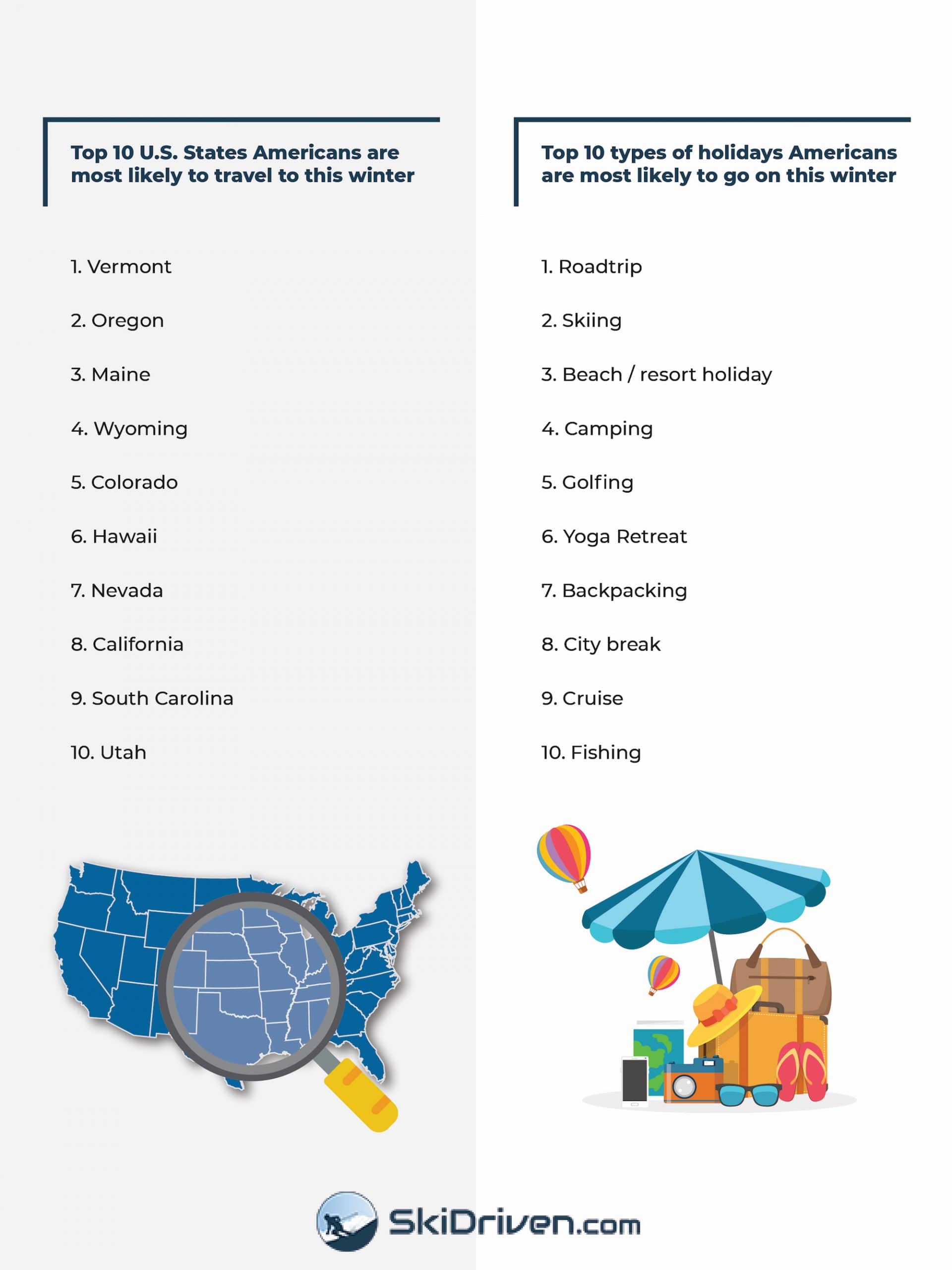 Where in the U.S. might travelers visit in these times? Vermont, Oregon, Maine, Wyoming, and Colorado were the top five states which respondents named as their most likely destination this winter. Hawaii, Nevada, California, South Carolina, and Utah also made it into the top 10.

But how soon might a greater number of Americans actually begin travelling out of town? Only 14% would travel domestically or internationally “right now,” with 41% expressing the willingness to travel as soon as restrictions are eased and 35% saying they would not take the trip until a vaccine is available.

Regardless of any possible travel plans, 63% of respondents said that skiing is an activity they would consider doing in the age of coronavirus, with 70% naming the ease of social distancing and 19% identifying the outdoor nature of the activity as the reasons why they would be willing to ski.

For those who are deterred from skiing at the moment, 41% cited health concerns.

Ultimately, despite the rise in virus cases amid states’ phased reopening and fears of a “second wave” of COVID-19, Americans are strongly affirming that they are ready to travel again — at least domestically.