Looking for your next destination and seeking something a little different? Well look no further - we’ve compiled the ultimate list of ski destinations you’d never have thought even existed, which will make your Instagram followers green with envy. 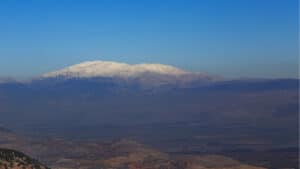 Israel is often known for its pristine Tel Aviv beaches, Jerusalem history and desert heat, but located in its northern Golan Heights region, bordering Lebanon and Syria, is the country’s one and only ski resort. Just a two-hour drive from tanning on a Tel Aviv beach, you can head up to Mount Hermon and be skiing down the resort’s 14 pistes, ranging from green to black, and complete with five chairlifts. 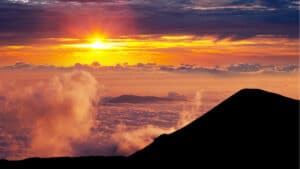 Skiing in Hawaii? That’s right, Mauna Kea (Hawaiian for 'white mountain') is a 4,205-meter volcanic mountain which might not have lifts or any ski resort facilities, but during December to February receives sizable snowfalls. Those extreme enough to scale one of the highest island mountains in the world are treated to some of the best views a summit can offer. In the absence of a ski lift, you’ll be taking it in turns to drive a 4-wheel drive vehicle up and down the mountain, but with a Hawaiian beach as your après-ski reward, it doesn’t get much better than this! 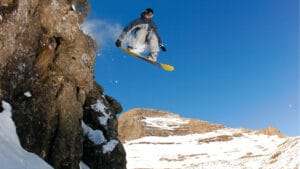 Tiffindell is South Africa's only ski and snowboarding resort which is located in the Southern Drakensberg offering a variety of activities. Don’t expect too much snowfall, but nestled in the shadow of Mount Ben McDuie, the location is breathtaking and is rated number 19 on CNN's "Top 100 Ski Runs of the World." It’s also not every day that you can fit a safari and a ski run into the same day. 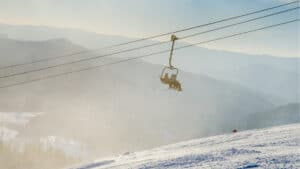 Now while we don't recommend picking North Korea as your next ski destination, this luxury resort was in fact developed by leader Kim Jong-un to increase tourism to the country. Developed at a cost of over $35 million and constructed in just ten months, Masikryong includes nine beginner to intermediate level pistes, an on-resort luxury hotel, a swimming pool and an ice-skating rink. 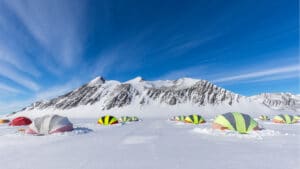 And finally, the ski resort that puts all others to shame! At Union Glacier there no such thing as lifts, lines and overcrowding. It's only accessible by air and you'll take your first steps in Antarctica on a naturally occurring blue-ice runway. Not for the faint-hearted, skiers will traverse miles of rugged, isolated, snow-capped terrain.